Four poachers have were arrested in Uganda following the death of a rare silverback gorilla.

The gorilla — known as Rafiki, which means “friend” in Swahili — was part of the famed Nkuringo gorilla group that lives in the Bwindi Impenetrable National Park and is popular with tourists.
Rafiki was reported missing on June 1, according to a release from the Uganda Wildlife Authority. A search launched the next day found his body located inside the park.
A post-mortem report revealed that Rafiki was injured by a sharp device to his abdomen and internal organs, according to the release.
One man was arrested after bush pig meat and several hunting devices were found in his possession on June 4. 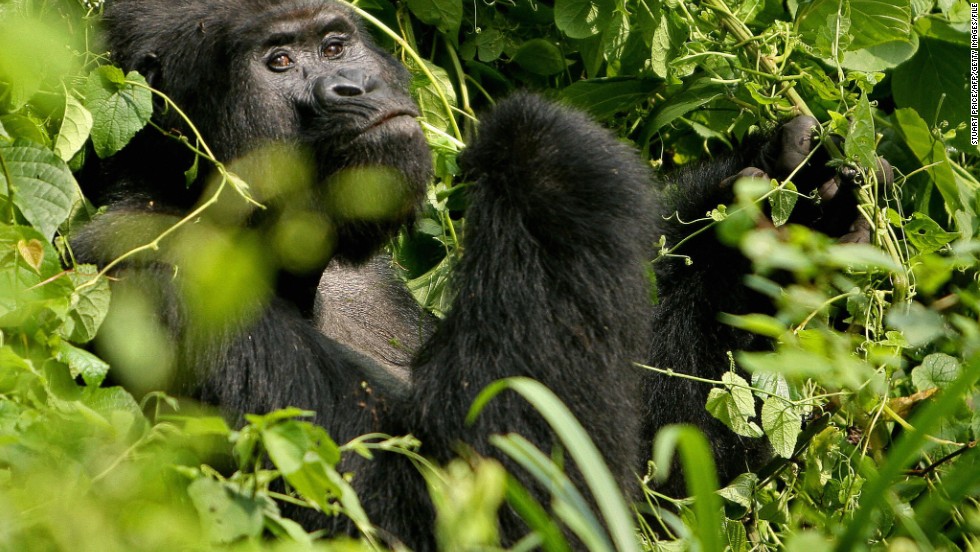 He confessed to killing Rafiki, but said he did so in self-defense, the release said. He told authorities he went with a group to hunt in the park when they came across the group of gorillas. The silverback charged and he speared it, the wildlife authority said in its release.
The man shared bush pig meat with fellow poachers, the release said. The four suspects are awaiting trial, but it is not clear what charges they face.
At the time Rafiki died, the Nkuringo group had 17 gorillas, the release said. The silverback was the dominant male in the group that also included three blackbacks or younger mature males, eight adult females, two juveniles and three infants, according to the Uganda Wildlife Authority.
The group was the first to reside in the southern section of the park that is home to about half of the world’s mountain gorilla population.

Welcome to Uganda for Gorilla Trekking tour, On ou

Our Day2 in Zanzibar we visited the prison Island.

Our Safari adventures are crafted/operated by the

Welcome to Uganda for a family tour, enjoy your sa

TIME FOR DISCOVERY, TIME FOR YOURSELF Our holidays

Welcome to Uganda for 9 Days Safari.. What makes U

A potential coronavirus vaccine developed by Oxford University with pharmaceutical giant AstraZeneca has produced a promising immune response in a large, early-stage human trial, according to newly released data published Monday in the medical journal The Lancet. The researchers are calling their experimental vaccine ChAdOx1 nCoV-19 (AZD1222).

Visas and Passes to Uganda

Any person intending to enter into Uganda should do so only for lawful purposes and in accordance with national immigration laws, guidelines, and formalities Foreign nationals intending to enter Uganda for purposes of employment are required to comply with requirements for expatriate employment in Uganda. […]

BUHOMA Buhoma Lodge Buhoma Lodge, a top quality and intimate property, commands spectacular and uninterrupted views of the Bwindi Impenetrable Forest National Park, home to the rare and elusive Mountain Gorilla. One of only two lodges situated within the National Park, we’re a short walking

This website uses cookies to improve your experience while you navigate through the website. Out of these cookies, the cookies that are categorized as necessary are stored on your browser as they are essential for the working of basic functionalities of the website. We also use third-party cookies that help us analyze and understand how you use this website. These cookies will be stored in your browser only with your consent. You also have the option to opt-out of these cookies. But opting out of some of these cookies may have an effect on your browsing experience.
Necessary Always Enabled
Necessary cookies are absolutely essential for the website to function properly. This category only includes cookies that ensures basic functionalities and security features of the website. These cookies do not store any personal information.
Non-necessary
Any cookies that may not be particularly necessary for the website to function and is used specifically to collect user personal data via analytics, ads, other embedded contents are termed as non-necessary cookies. It is mandatory to procure user consent prior to running these cookies on your website.
SAVE & ACCEPT
Translate »
Open chat

https://www.safaribookings.com/operator/t17733
Our six days trip was amazing. The driver/guide had an incredible knowledge of animal and bird-life and are so interesting to talk to. His driving skills through lashing rain and massive puddles was admirable! The cooks managed to produce varied and delicious meals from the kitchen, which we ate both at accommodation or roadside when we were travelling from one place to another . At all times we felt safe and well-looked after. All in all, an incredible experience, due not only to the abundance of wildlife we were lucky enough to see, but also to the great efforts put to have our Safari a better one . The safari was full of fun. Traveling with ngoni safaris is my life time memorable experience and I highly recommend it to travellers who would love to visit uganda or EastAfrica for holidays, vacations or Adventure.. Even five stars are too small .
5
Excellent
error: